​The chief executive of International Workplace Group contends his company’s approach may not be as flashy but is more sustainable. 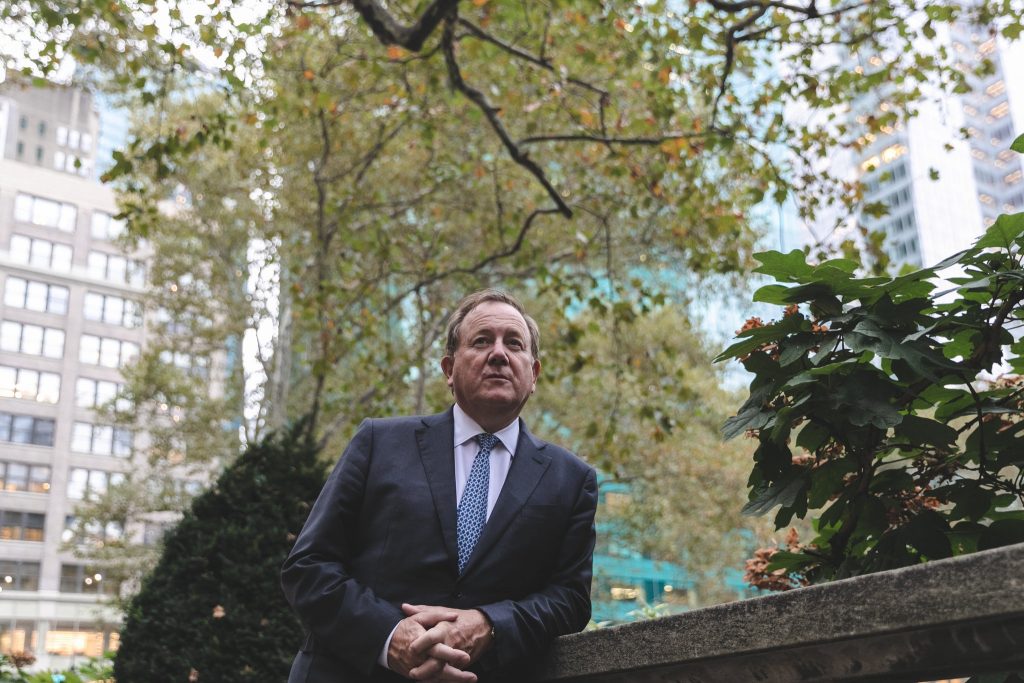 ​In a few dizzying days last month, WeWork replaced its chief executive, withdrew its initial public offering and said it was slowing its breakneck expansion.But the business that WeWork is in — providing office space on flexible terms to professionals and businesses — can produce solid returns. Over the past 20 years, Mark Dixon, the chief executive of International Workplace Group, has built an empire of flexible office spaces with brands like Regus, Spaces and HQ in more than 1,100 cities around the world, about 10 times as many as WeWork.In the first half of the year, IWG’s revenue was more or less the same as WeWork’s, but it reported an operating profit of $63 million, while WeWork had an operating loss of $1.37 billion. IWG’s stock, which trades on the London Stock Exchange, has surged over 60 percent in the last 12 months. Mr. Dixon’s 27 percent stake in the company is worth over $1 billion.One big distinction between the two companies is that IWG gets more of its revenue from selling its customers services like the use of office staff and tech support than WeWork does, Mr. Dixon said. His company also operates through partnerships with landlords and others, which reduces its risks and potential rewards.But Mr. Dixon also knows what it’s like to flame out in public. In 2003, the United States operations of his company, which was then called Regus, filed for bankruptcy protection. It had grown too fast in the lead-up to the dot-com bust. In an interview in New York, Mr. Dixon, 59, spoke about WeWork, the outlook for his industry and the lessons he has learned. These are edited excerpts from the conversation.What will happen to the commercial real estate market if WeWork has to pull back significantly?The important thing now, of course, is that people remain focused on this emerging and very important part of the change in how companies want to use real estate, and not on the ongoing development, saga or whatever you want to call what’s happening to WeWork.But when you see the numbers showing WeWork has been responsible for a large proportion of all new leases signed in certain cities, isn’t it more likely than not that there will be a negative effect?In the real estate industry, a lot of financing depends on who you’ve actually leased your building to, and their credit strength and so on. WeWork has to in short order get its house in order. Corporations want to have a very reliable partner on the other side of the table. When you are supporting your workers, and your interest is in their productivity, with no interruption, no one wants to make a mistake on such a basic thing as real estate.The landlords have got less leverage in the whole thing because there have been huge forward commitments of space. But there’s been a lot of money invested in WeWork. I don’t know the company well enough, but I would assume they’ve got some people who will go ahead and get the company back on track. But it’s going to take time.What did you learn from the bankruptcy of Regus’s American operations?We had opened up too many spaces at the top of the market, coming up to 2000. That was the underlying problem. But once you’ve made that mistake, you never make that mistake again.We are super cautious. You have to plan your business from the day you make your investment and get the right mix of customers and the right mix of revenues. We are getting 28 percent of our revenue from services. WeWork only had 5 percent of revenue from services. It’d be like having a hotel where you give all the food and drink away, and room service is free. You might have a full hotel, but you just cannot make any money.Do you think investors are beginning to see what you’re capable of?It’s what the industry is capable of. Corporates want to outsource everything they can. Anything they don’t have to do, they don’t want to do. Real estate is one of those remaining, very difficult things companies have to do — find space, design space, build it, operate it. They just want space as a service, and if you do it in a shared way, it’s cheaper, it’s more flexible, and it’s not on your balance sheet.What if there’s a big economic slowdown in the near future? Let’s say Britain leaves the European Union in a disorderly way, or there is a recession in the United States. What have you done to prepare for that?From the time you make an investment, you plan for the worst thing that can happen. We are dealing with recessions today — bad ones in Argentina and Venezuela. You name it, we’ve seen it. You’ve got to work very closely with your landlord. And at the same time, you’ve got to be ready to expand.Shared-space operators are all hoping to sign up large corporations. Is signing up big companies a crucial part of becoming successful?Absolutely. You can only really have them if you have the network. You don’t want to be the biggest in New York; you want to be the biggest in every state in the union. We’ve done every state except Alaska, and we’re just doing that now. Look, Fargo, N.D., isn’t the world’s most exciting place, but it’s bloody stable there. We like those markets. In a decentralized, digital world you might find your next great analyst, but they don’t have to come to New York City, where it’s costly to live.There are a lot of other companies now offering flexible space. Are you concerned there are now too many firms doing what you do?No. I’ve been doing this for a long time. Is competition greater today than it was at any time in the past? Yes, there are more people doing it, but the market is enormous. If the competition were that intense, you’d see it in our numbers. We’ve done very well over the past year to 18 months.   Source: https://www.nytimes.com/2019/10/02/business/iwg-mark-dixon.html