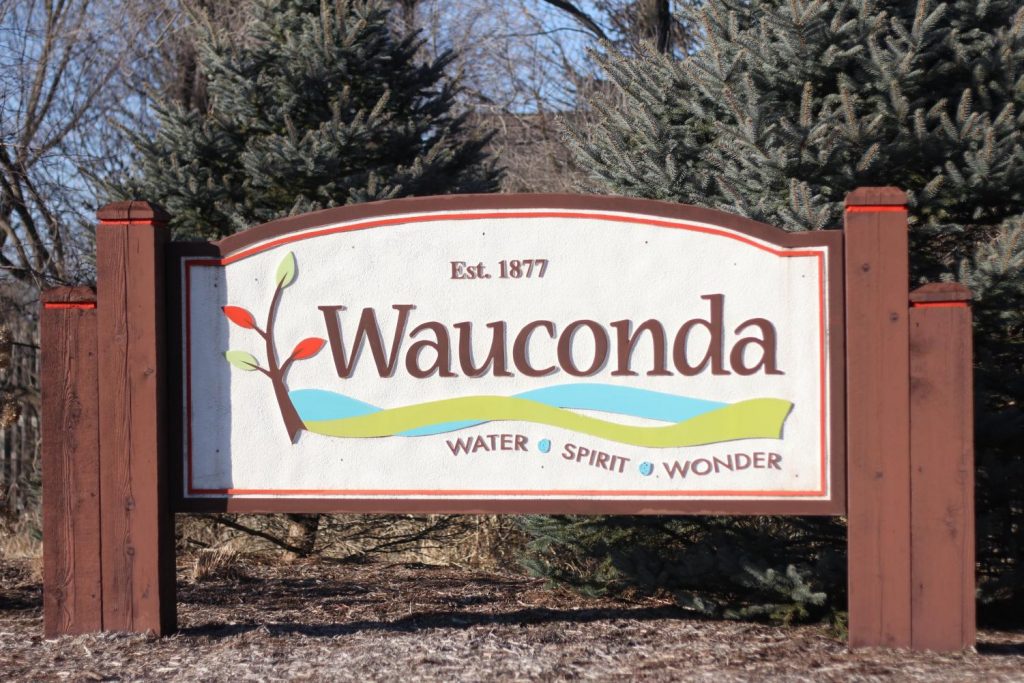 The City of Wauconda (/ˌwɔːˈkɒndə/ or /wəˈkɒndə/) is a village in Lake County, Illinois, United States. The population was 13,603 at the 2010 census.[3] It is the site of the Wauconda Bog Nature Preserve, a National Natural Landmark. Wauconda Community Unit School District 118 serves students from kindergarten through 12th grade who live in Wauconda and surrounding communities (Island Lake, Lakemoor, Volo, and unincorporated sections of McHenry County). Fremont School District 79 also serves students from communities from northern part of Wauconda.

According to local legend, Wauconda was supposedly named after an indigenous chief whose name translated to "spirit water". Elihu Hubbard built the first log cabin on the banks of Waucondas Bangs Lake in 1836. Justus Bangs, the first settler in Wauconda, built a house next to the lake in 1848 and the lake was later named after him. In 1840, members of the Winnebago tribe who did not leave the shores of the Fox River often went to the area to trade. In 1849, Wauconda was formally organized and the first town meeting was held in April 1850 on the first Tuesday.[4]

Elder Joel Wheeler built the first Baptist church in Wauconda in the autumn of 1838. Both Methodists and Baptists attended prayer at the church until February 1870, when the Baptists reorganized and built a new church on October 30, 1870. A Roman Catholic church was built in 1877.

In 1850, Wauconda had a population of around 200 residents, and the town had three goods stores, two public houses and various mechanics.[4]

When you work with a KW Commercial broker to find that ideal Wauconda Office, Industrial, Retail or Investment Property, you aren't just working with a single broker, you're hiring a vast network of dedicated real estate professionals. That's Keller Williams Commercial’s commitment to you.

Our Commercial Brokers are plugged into the latest in the Wauconda Real Estate markets. We achieve Commercial  Real Estate superiority and excellence for our client base by providing an unsurpassed combination of expertise, experience, talent and resources. As a result, Keller Williams Commercial's specialists provide best-in-class service to all of our clients.

Joe Heffernan has been serving the Northwest suburbs since 2002, working with Buyers, Sellers, Landlords, Tenants, Landowners and Developers. Don’t hesitate, contact Joe now, to schedule your initial meeting and learn more how his local market knowledge combined with the breadth of the Keller Williams Network can work for you today!